An intriguing abbreviation LTE, which stands for Long Term Evolution, is a concept that has been in use for over a decade now, mostly in connection with 4G technology, a global fourth-generation standard for broadband cellular networks. However, very few understand what LTE is, what role it plays in cellular communications, and whether the emergence of 5G wireless is going to make LTE obsolete.

While many mistakenly see 4G and LTE as synonyms, those are different things. In simplest terms, Long Term Evolution (LTE) is an open, internetworking technology standard behind 4G. Given that 4G is the golden standard that no phone can truly reach today, 4G LTE is a more realistic way to achieve the increased network capacity and higher speeds for cellphones and cellular devices promised by 4G. Therefore, when you hear people say they are using a 4G connectivity, what they are, in fact, saying is that their phone utilizes 4G LTE technology.
LTE offers reliable and stable telephone service, high mobile and Internet data bandwidth, low latency time, and extensive coverage. It comes with several unique functions, some of which are highly beneficial to public safety, like PSNs’ getting their own 4G LTE frequency allocations with special network management features that let them prioritize incoming calls. Another distinctive characteristic of 4G LTE is that it is a self-organizing network. So, if there is a power failure, all calls are automatically redirected to another path and then returned to their optimal intended route when the service is back.
The key advantages of LTE
• Almost universally available connectivity.
• Long-term network continuity.
• Quicker upload/download speeds.
• Faster Internet browsing.
• Higher quality of video and live streaming.
• Single interface that supports data, voice, instant messaging, and video.
The question that has been bothering many users is: what will happen to 4G LTE when 4G is fully deployed? The short answer is that 4G LTE will eventually give away to 5G. However, the period for which the two technologies will co-exist is evaluated at ten years at least because, for a successful rollout, 5G will rely heavily on the use of 4G infrastructure. Furthermore, LTE will likely continue to provide connectivity in regions with insufficient 5G coverage.

Why Opt for Hydra Billing? 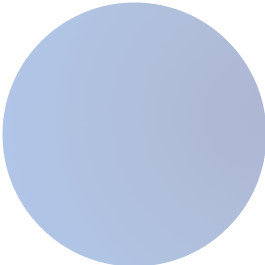 Try Free Demo Account
Please, give us your actual work email, so we could send you an account data.

Contact Our Sales Team
Our team is happy to answer your sales questions. Fill out the form and we'll be in touch as soon as possible.

Got a Question?
Our team is happy to answer your sales questions. Fill out the form and we'll be in touch as soon as possible.

Download Hydra Tech Datasheet
Please, give us your actual work email, so we could send you the Datasheet.